OMG! I HAVE AN AGENT!

Scribed by Sangu Mandanna at 6:06 pm

I AM NOW ON TUMBLR HERE. Future updates won't appear on this blog.
Hello! You look lovely today. I hope you'll enjoy looking around.
I write novels for young adults. My debut The Lost Girl is out now and my second novel
Grey is due out soon. I am represented by the awesome Melissa Sarver White of Folio Literary Management. I also have Bambi eyes.

If you're dying to talk to me, email me at

I'd love to hear from you! 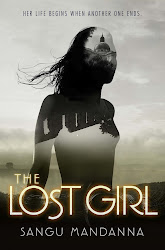 Out now! Click to find out about the book, order it online, and more

Some of my fabulous readers